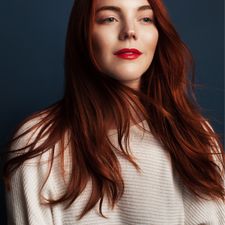 Allison McNamara is a TV host, digital influencer and founder of the new clean algae skincare line, MARA. Allison started her career at POPSUGAR where she wrote, hosted and produced the digital media giant's fashion and entertainment content for six years. From co-hosting the Oscars for ABC and appearing on the Today show, to co-anchoring POPSUGAR Now, a daily entertainment cable news show and hosting her own show Midnight Style on the fyi Network–Allison then took her experience to Refinery29 and ET Online where she created, hosted and produced beauty videos. She drummed up the idea for MARA on a trip to Istanbul, Turkey right around the time she parted ways with POPSUGAR, and began developing the brand which launched this past February. With one hero product — MARA Algae + Moringa Universal Face Oil — MARA has quickly developed a cult beauty following in just several short months and recently launched nationwide in-stores and online with Credo Beauty.