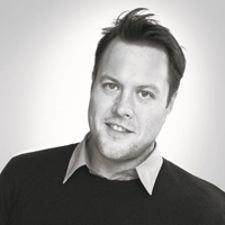 Whether sleek, sophisticated or edgy, fashion and celebrity hairdresser Mark Townsend knows how to bring out the beauty in everyone. Mark has created beautiful hairstyles for some of Hollywood’s leading ladies including Rachel McAdams, Dakota Johnson, Gal Gadot, Elizabeth Olsen, Mary Kate & Ashley Olsen, Cate Blanchett and Jennifer Lawrence.
Mark grew up in Florida, the child of a military family. After completing high school, Mark entered cosmetology school and quickly found his calling. He supported himself throughout beauty school by assisting at a local hair salon. Mark eventually decided to move on to bigger and better endeavors, and his keen interest in fashion led him to New York City where he began assisting renowned hairdressers such as Oribe and Sally Hershberger.
Mark’s career spans every aspect of the business, from editorial shoots and advertising campaigns to red carpet appearances and beauty expert commentary. Since 2009, he has acted as the International Dove Celebrity Hairstylist, a position that has taken him all over the world speaking on behalf of the brand. Mark has collected a loyal following of clients—including renowned photographers Peter Lindbergh, Annie Leibovitz and Terry Richardson—and has worked with top magazines such as Vogue, Vanity Fair, W, Harper's Bazaar, and Glamour.